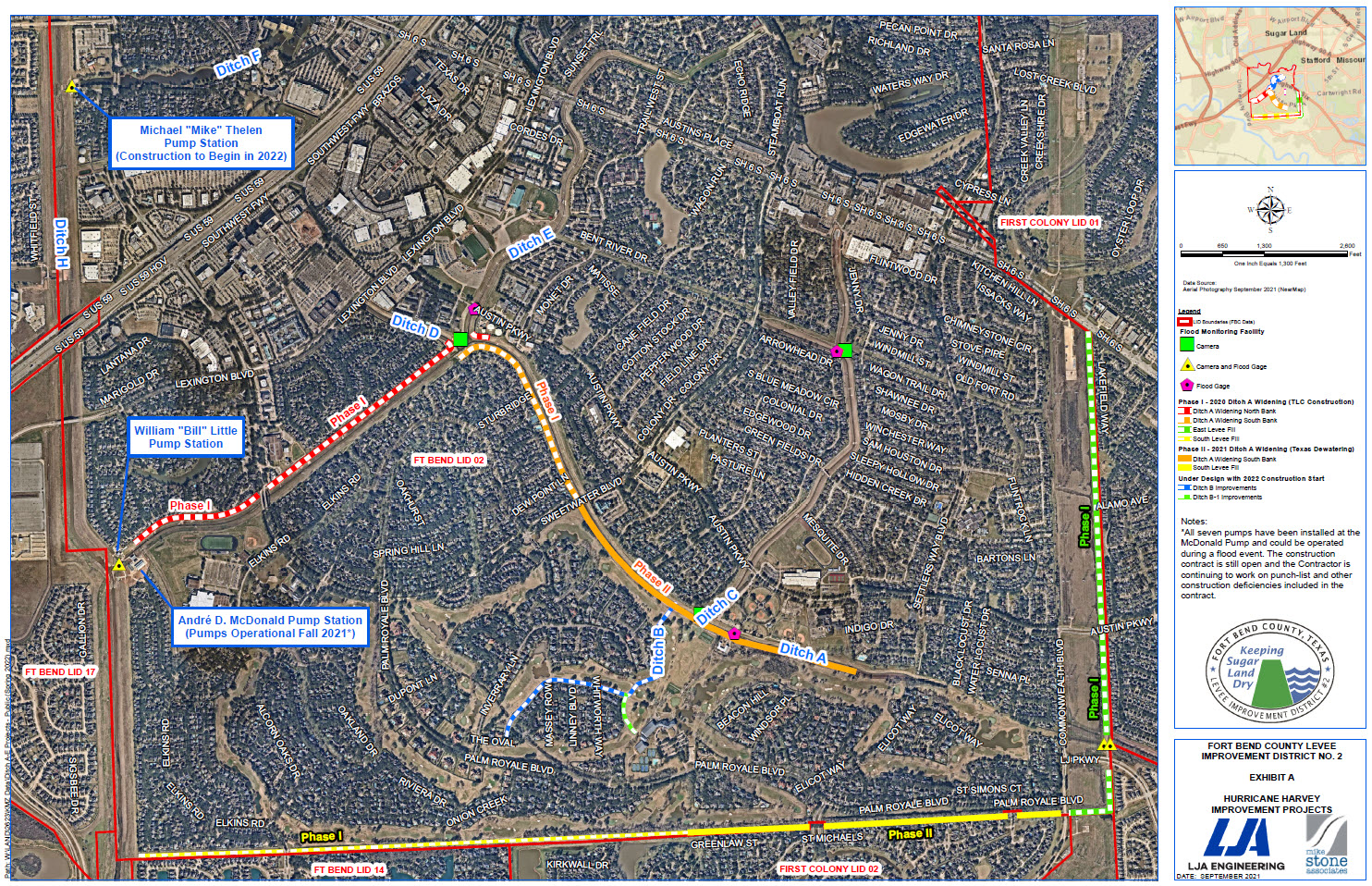 Due to concrete manufacturing and supply issues, final completion of Ditch A Widening Phase II will be delayed until the end of July. The Fort Bend County Levee Improvement District No. 2 (FBCLID 2) contractor has completed all excavation in Ditch A to increase FBCLID 2 flood storage. However, there are on-going supply issues with the concrete block that is used to armor to storm sewer outfalls and provide erosion control in the drainage channel. The contractor has completed the vast majority of the project and turf restoration has started in most areas. The final deliveries of concrete block are scheduled to arrive the week of July 18 to complete two final areas in Ditch A. FBCLID 2 appreciates your patience as the District works to complete this critical flood control project. FBCLID2 can be contacted directly with any questions or concerns: www.fbclid2.com/contact. 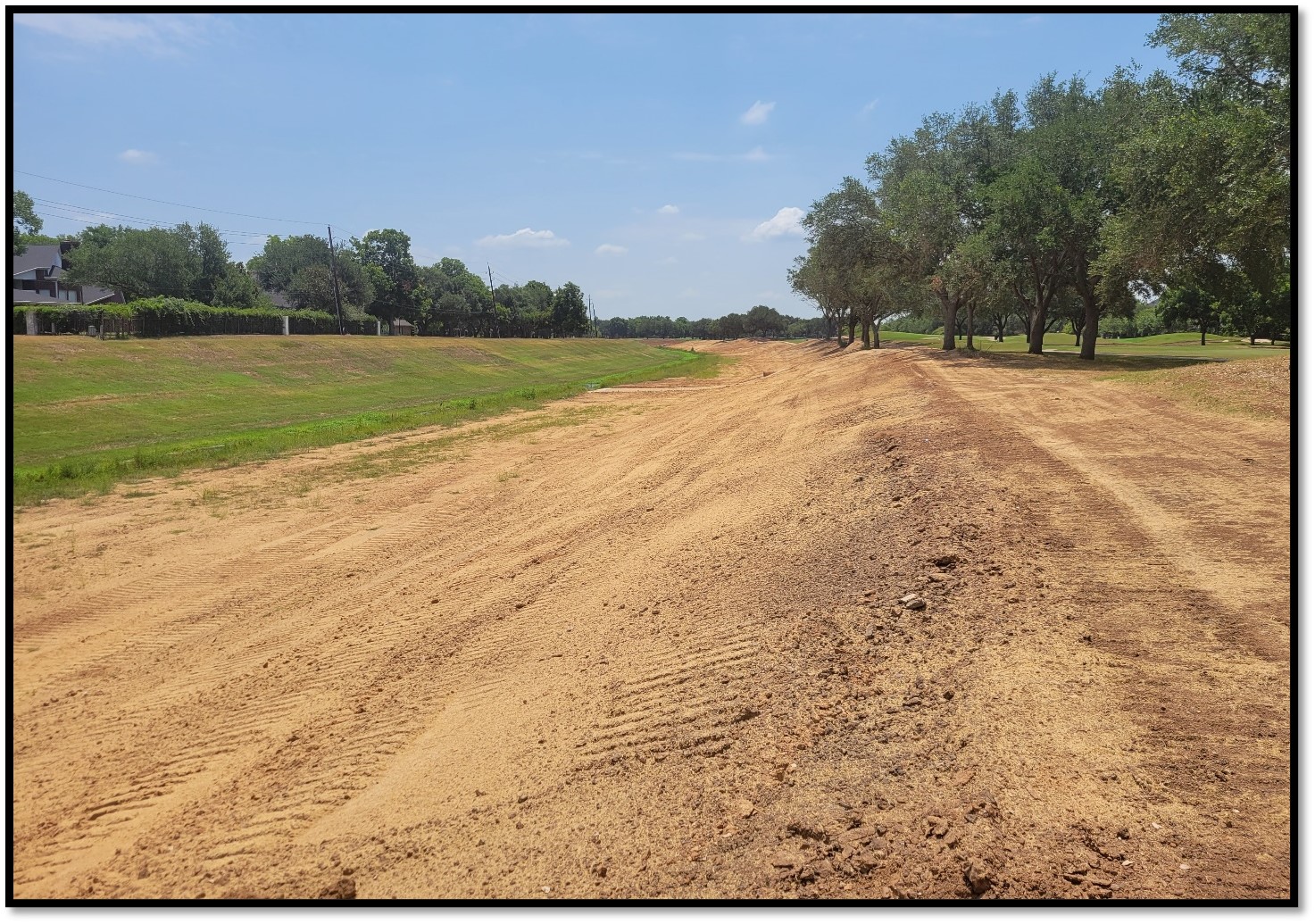