TLC Construction mobilized in October and is making good progress with Ditch A Widening – Phase I and East Levee Raising.  The following is a brief project update:

Ditch A Widening Phase I

The contractor started working on the downstream end of Ditch A, between the Little Pump Station and Sweetwater Blvd.  The widening of this downstream segment will be complete in the next few weeks.  In December, excavation and dump truck traffic will begin upstream of Sweetwater Blvd. on the north bank of Ditch A.  Construction activity will occur behind the homes in Colony Meadows and across Ditch A from the homes in Oaks of Alcorn and Woodstream.

The East Levee raising between Highway 6 and Austin Parkway is also scheduled to be complete in the next few weeks.  In December, the levee raising crews will relocate to the south side of Austin Parkway and will work towards LJ Parkway.

The storm sewer outfalls and other drainage structures in Ditch E are currently being replaced.  In December, the contractor will mobilize in the bottom of Ditch E to begin channel restoration and installation of articulating concrete block armoring.

The contractor will completely reconstruct failing ditch slopes using better soil and install new armoring in the ditch bottom where the sloughing has caused damage.  Three areas of repair are planned in the upstream end of Ditch C and Ditch C-1, and work is scheduled to begin in December.

Ditch A Widening Phase II is currently scheduled for bidding and construction as a separate project in 2021.  Phase II will begin at the second, upstream Sweetwater Blvd. bridge that is adjacent to Sweetwater Country Club and continue to the upstream end of Ditch A, behind Austin Park. 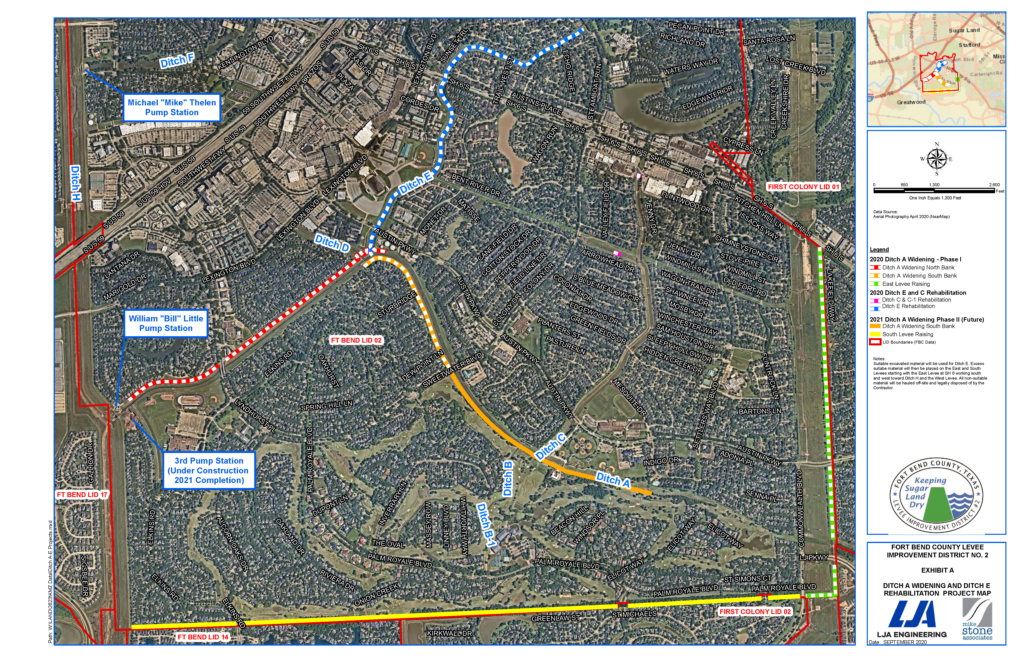