Ditch A Widening Phase I – The contractor has completed most of the construction in the downstream segment of Ditch A, between the Little Pump Station and Sweetwater Blvd.  They are currently widening Ditch A upstream of Sweetwater Blvd, adjacent to the Colony Meadows neighborhood.  Ditch excavation in this segment is currently scheduled to be complete in March.  As the major excavation is wrapping up, final clean up and turf restoration will be finished in April.  At the end of March, construction will move further upstream beyond Ditches D and E, and excavation will shift to the southern bank of Ditch A, adjacent to the Woodstream Trail and neighborhood.  The haul route for dump trucks will move to the second upstream Sweetwater Blvd. bridge by the Sweetwater Country Club golf course.

East Levee Raising – The East Levee raising between Highway 6 and Commonwealth Blvd. was completed in January.  The contractor is currently restoring turf on the levee slopes.  When that is complete, they will perform a final grade on the levee top and finishing cleaning up the area.

Ditch E Rehabilitation – The contractor has started grading the bottom of Ditch E and began installing the articulating concrete block armoring in January.  Construction in Ditch E will be complete during Summer 2021.

Ditch C Repairs – The contractor will completely reconstruct failing ditch slopes using better soil and install new armoring in the ditch bottom where the sloughing has caused damage.  Three areas of repair are planned in the upstream end of Ditch C and Ditch C-1.  However, work has been delayed and is currently scheduled to begin by May.

Ditch A Widening Phase II – Ditch A Widening Phase II is currently scheduled for bidding and construction as a separate project later this year.  Phase II will begin at the second, upstream Sweetwater Blvd. bridge that is adjacent to the golf course and continue to the upstream end of Ditch A, behind the Austin Park neighborhood.  Engineers have completed the flood control portion of the design to widen the drainage channel.  However, many trees and some golf course amenities conflict with this design and must be removed and/or relocated.  FBCLID 2 is still finalizing these design details and coordinating plans with Sweetwater Country Club. 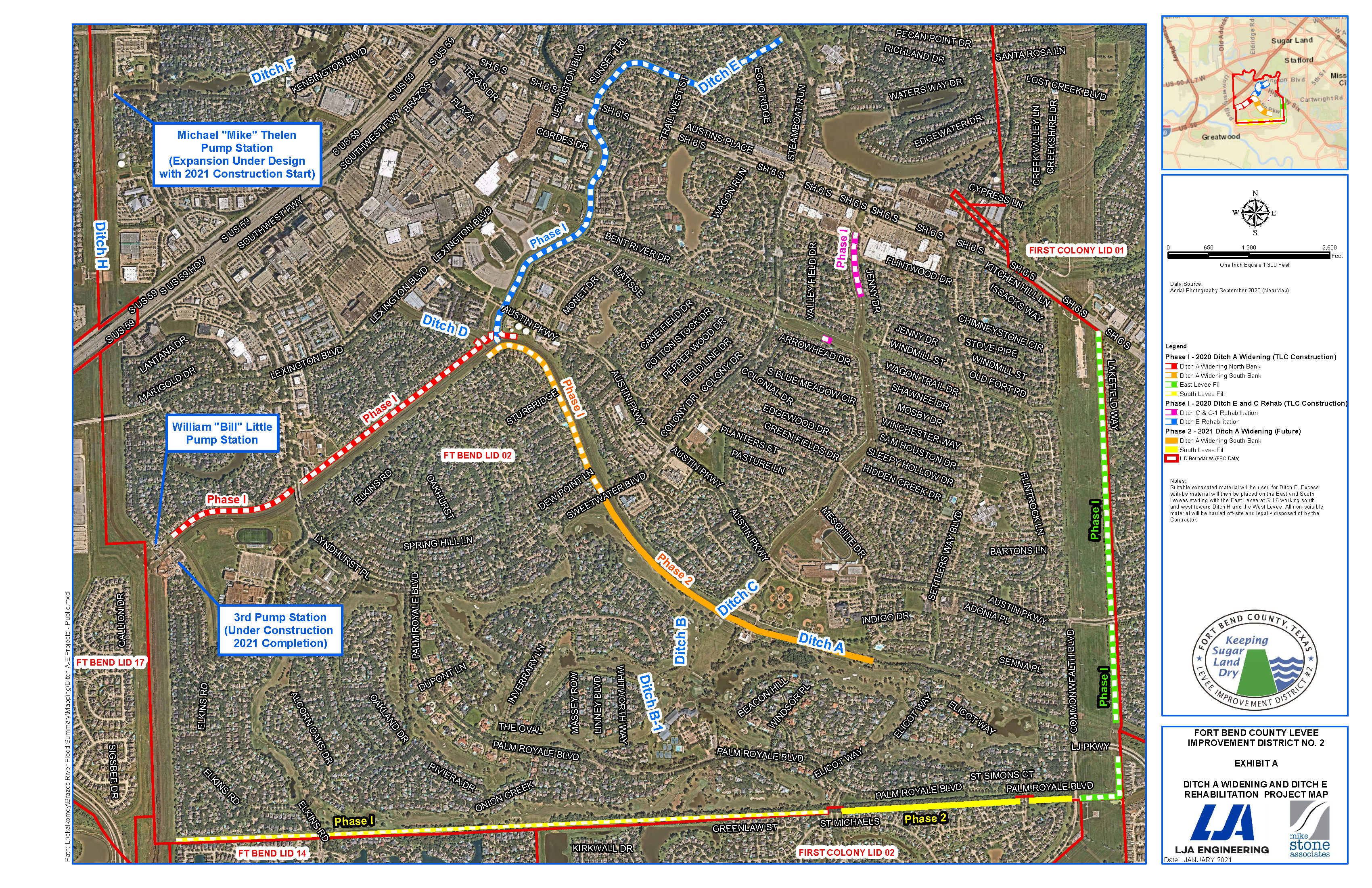